Christmas is coming to Jesmond, thanks to local charity

Fears that Jesmond would be without a Christmas tree this year have been allayed, thanks to the Watson Family Charitable Trust.

Last month Jesmond Residents Association (JRA) announced that it would not be able to arrange the Acorn Road Christmas tree, as it had done for the last three years. During the last couple of years, the tree has been funded by a combination of ward committee grant and the proceeds from raffles.

But according to JRA secretary Nils Clemmetsen, the ward committee grant funding has been “slightly problematic” as it is awarded in December, which makes planning “difficult”. The JRA says it intends to apply for funding for Christmas 2020. The closure of the Coral betting shop on the corner of Acorn Road and Larkspur Terrace also meant there was no access to the eletrical supply previously used to light the tree.

However, thanks to a gift from the charitable trust — established by north east entrepreneur Ian Watson who founded Hadrian Healthcare Group — a Christmas tree will be erected outside St George’s Church this week, and lighting will take place on Thursday 5 December following a carol service. The service will begin at 6.15pm and include a performance by the signing choir from local school Percy Hedley.

St George’s has been the centre of jesmond for 130 years and tonight they lit up the church for the first time. The audience was treated to a special performance from a hearing-impaired choir from Percy Hedley School. pic.twitter.com/32C4L21eZd

It’s not the first time the charitable trust has donated money: in 2016 it gifted £1k for the Acorn Road Christmas tree. Ian Watson told JesmondLocal that the lighting of the Christmas tree “kick-starts Christmas” in Jesmond and that it has become a tradition. The charitable trust supports a range of good causes, including those that promote children’s health and wellbeing.

Our family charity was set up to help good causes in the NE & beyond. Projects include, providing bereavement services for NE children & educational support to children in deprived areas of the NE. We are also redeveloping a school in Uganda for disabled and orphaned children.

North Jesmond councillor Stella Postlethwaite said that she  was “very grateful to the Watson family for their donation of a Christmas tree for the benefit of the community.

“Thanks should also go to everyone who will be involved in the Christmas carol service and tree lighting that is always such a joy to attend. The Percy Hedley signing choir are brilliant,” she said.

Continuing the festive theme, a Christmas market will be held at St George’s Church Hall on Saturday 7 December. The market starts at midday and finishes at 3pm. 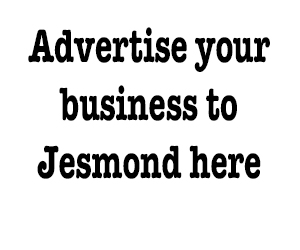